HOW OLD IS SAND ART?

Many people who come across Sand Art react with surprise and say that they have never seen it before. Naturally, this is an advantage for my career because it makes my performances a relatively unique experience and adds to the ‘wow factor’. I am also not competing for recognition with thousands of others in my field the way a singer-songwriter has to. On most streets in Australia you would probably find someone who plays guitar and sings. The same can’t be said of sand artists.

However, despite the general lack of awareness of this discipline it is an age-old practice that I imagine humans have been doing for as long as they have been telling stories. Pre-historic people would have sat together around desert campsites, on beaches or on river banks, drawing in the sand to illustrate stories, communicate ideas or map their surroundings. Contemporary Sand Art is an extension of this ancient tradition. 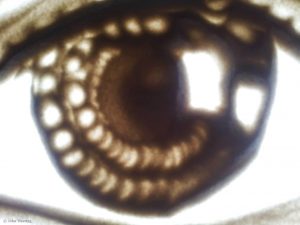 THE INTRODUCTION OF LIGHT

In recent years modern technology such as light-boxes, cameras and projectors have transformed Sand Art into a dynamic performance that can be viewed by audiences on a big screen. The addition of light-box means that the artist now has the fundamental element of light at their fingertips. There are two main ways of making images: sand is either placed on the illuminated surface blocking the light and creating a silhouette, or the sand is taken away to reveal the light beneath. It is therefore as much about drawing with light as it is about drawing with sand.

The juxtaposition of light and darkness has played a major role in story-telling throughout human history. It has been used as a metaphor for good and evil as well as having other meanings across many different cultures. Creation myths talk of the light emerging from darkness and other myths talk about darkness engulfing light. Because the manipulation of light and darkness are key elements in Sand Art it is a perfect vehicle for telling stories of emotional power and human drama.

I am excited to be working in a medium that is both an ancient and a contemporary art form.

If you would like to contact me about this or any other article or any of my artwork, please call or email me.

CALL ME
EMAIL ME

Sand Art and Paintings are available to purchase online.